Hana Cervinkova on the Kidnapping of Wroclaw’s Dwarves 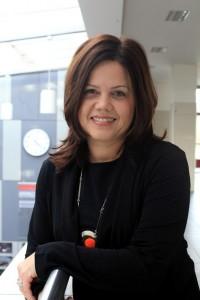 The Kidnapping of Wroclaw’s Dwarves:

In this paper, I draw on the approach to the study of “actually existing liberalisms” with an example from contemporary urban east-central Europe. I focus on the city of Wroclaw, a success story of Poland’s economic urban transformation, and consider the symbolic politics embodied in the city’s promotional strategy as a tool of ongoing neoliberal restructuring. I argue that an important feature of the city’s symbolic politics is the commodification and fetishization of dwarves, the historical symbols of an antitotalitarian movement that used the image of a dwarf as a means for people’s deliberative and performative action that helped lay foundations for democracy. Today, the historical legacy of dwarves as a means of associational and performative action has been disguised in the city’s promotional strategy, which has turned dwarves into commodities that help sell the city on the global neoliberal market of intercity competition.

I call this process of contemporary fetishization, the kidnapping of Wroclaw’s dwarves. Kidnapping refers to the process whereby the symbol’s meaning and historical legacy is turned into a commodity, disempowering it by depriving it of its meaning for social action. At the conclusion of my paper, I offer a critical ethnographic and pedagogical perspective focused on symbolic politics as a venue for understanding and inspiring critical action in the context of these urban neoliberal developments.

Hana Cervinkova, a Democracy & Diversity, Krakow (2000) alumna, holds a PhD in Anthropology from the New School for Social Research. Hana is well known for her advocacy in historical preservation. She was the CEO of a publicly owned management company that overseas protection of historical sites.  Hana founded the International Institute for the Study of Culture and Education (IISCE) at the University of Lower Silesia in Wroclaw, Poland. She also conducts research at the Institute of Ethnology at the Academy of Sciences of the Czech Republic in Prague.